Today we have a fun new teaser! Miss Hollywood is coming December 15th, and you should preorder it today! 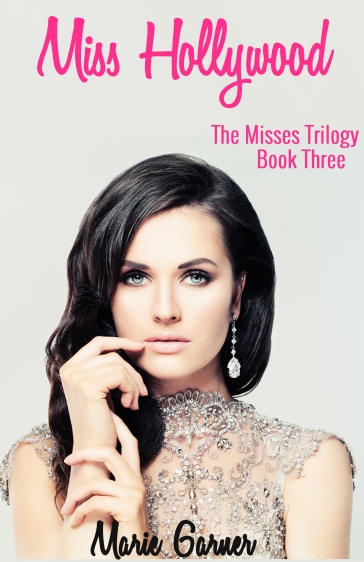 Clare Martin has spent the last ten years in the spotlight, becoming Hollywood’s It Girl. On the surface her life looks perfect, but in reality she’s faltering. And the last person she expects to provide any relief is her best friend’s brother, the man who’s been tying her in knots for months.

Alexander Richards has paid the price for every single mistake he’s made. He makes no excuses for what he’s done, and wants nothing more than to find some peace. But that may be impossible since he has to help the woman who’s been driving him crazy since he moved to California.

Thrown together in the middle of nowhere, there’s no way to deny the attraction that burns within them. But how can they build a future if they can’t address their own insecurities? And what happens when secrets and lies from the past threaten to pull them apart?

Catch up on the series!

Marie Garner is a North Carolina girl who grew up in piedmont and attended college in the mountains of Cullowhee, NC. She graduated with a degree in Social Studies education, and spent several years spreading her love of history and political science to young minds.

Her nose was stuck in a book since she was little, and she spent years writing down all the crazy ideas floating in her head. She has published the first two books in her trilogy, The Misses Trilogy, with Miss Hollywood slated for release in Fall 2016. Her writing explores the complexities of relationships, something she’s all too familiar with as part of a large, crazy family.

When she’s not locked in her writing cave she can be found cheering on the Washington Redskins or watching The Walking Dead, and thinks there’s nothing sweeter than a cold Diet Coke.