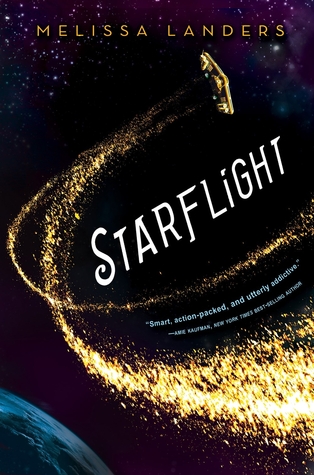 Life in the outer realm is a lawless, dirty, hard existence, and Solara Brooks is hungry for it. Just out of the orphanage, she needs a fresh start in a place where nobody cares about the engine grease beneath her fingernails or the felony tattoos across her knuckles. She’s so desperate to reach the realm that she’s willing to indenture herself to Doran Spaulding, the rich and popular quarterback who made her life miserable all through high school, in exchange for passage aboard the spaceliner Zenith.

When a twist of fate lands them instead on the Banshee, a vessel of dubious repute, Doran learns he’s been framed on Earth for conspiracy. As he pursues a set of mysterious coordinates rumored to hold the key to clearing his name, he and Solara must get past their enmity to work together and evade those out for their arrest. Life on the Banshee may be tumultuous, but as Solara and Doran are forced to question everything they once believed about their world—and each other—the ship becomes home, and the eccentric crew family. But what Solara and Doran discover on the mysterious Planet X has the power to not only alter their lives, but the existence of everyone in the universe…

Now I know this will come as a massive shock to some of my readers, but I was not the most well liked person in high school. As it turns out, playing the flute, having your nose stuck in a book constantly, watching Star Trek and Firefly religiously, and loving cats did not endear me to the “in crowd”. Because I know I wasn’t alone in my nerdiness, I’d like for any fellow nerds out there to imagine the following: picture your worst enemy back in the day – I’m talking about the person who constantly picked on you, excluded you and just made you feel awful in general (I’m looking at you Josh). Now imagine that somehow you stumbled into a scenario where you were able to convince them they were your servant. Pretty freaking satisfying huh? That’s how this book begins.

When Doran and Solara are forced to become allies due to unforeseen circumstances, they team up with a rag tag crew of people, all of whom are running from their own pasts. Add in a clunker of a ship, and you basically have the book version of Firefly. To be entirely honest, I didn’t expect much from Starflight. I assumed that the romance would be completely cliche – you know the one I mean, guy is only mean to girl because he secretly has a thing for her, their circumstances force her to see the good in him, and then BAM – they’re in love. Fortunately, Solara and Doran’s romance was much more fun than that. Their hate at the beginning of the book is completely genuine. Doran is a spoiled, pompous jerk and Solara is reluctant to trust him and completely unwilling to like him. Over the course of the book they faced space pirates, humans who have been chemically lobotomized and love to cause pain, and deceitful, manipulative parents. The constant strife they faced bonded them in a very organic way that was a blast to read about.

The secondary characters and their interactions really made this book for me. I adored the rest of the crew and am ecstatic to start the next book in the series, Starfall, which features Cassy and Kane. Landers’s knack for writing witty one-liners caused me to burst out laughing like a lunatic on more than one occasion.

The one thing that kept me from rating Starflight 5 stars was the lack of suspense in the book. Although I never knew what would happen next, I also never doubted that the main characters would escape the precarious situations they were in. I didn’t experience the stomach dropping dread that comes from worrying about the lives of favorite characters. That being said, the means by which Doran and Solara escaped various situations were always clever and certainly made for an entertaining read.

My Takeaway: Starflight is a witty and fun space adventure/romance novel reminiscent of the TV show Firefly. Although I did miss the suspense that comes with not knowing how favored characters would escape dire straits, I found the book overall a great, light read.