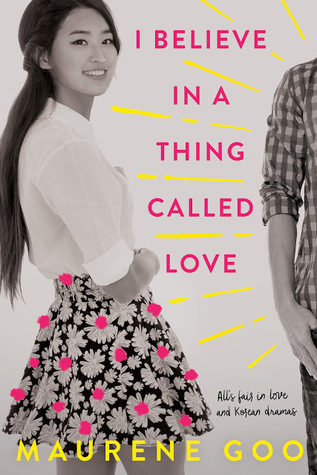 Desi Lee believes anything is possible if you have a plan. That’s how she became student body president. Varsity soccer star. And it’s how she’ll get into Stanford. But—she’s never had a boyfriend. In fact, she’s a disaster in romance, a clumsy, stammering humiliation magnet whose botched attempts at flirting have become legendary with her friends. So when the hottest human specimen to have ever lived walks into her life one day, Desi decides to tackle her flirting failures with the same zest she’s applied to everything else in her life. She finds guidance in the Korean dramas her father has been obsessively watching for years—where the hapless heroine always seems to end up in the arms of her true love by episode ten. It’s a simple formula, and Desi is a quick study. Armed with her “K Drama Steps to True Love,” Desi goes after the moody, elusive artist Luca Drakos—and boat rescues, love triangles, and staged car crashes ensue. But when the fun and games turn to true feels, Desi finds out that real love is about way more than just drama.

I finished this book two days ago and have since scoured the web for similar books to feed my insatiable appetite (I haven’t found anything nearly as fun – I’m open to suggestions at this point, PLEASE!). This book was too cute for words. I want to read it all over again – I mean how freaking precious is this premise? Nerdy Desi Lee doesn’t know how to talk to boys without making a fool of herself so she uses K Drama steps to land her dream guy. Effing adorable. Seriously.

As can be expected from a book with such a fun premise, I Believe in a Thing Called Love was full of shenanigans – from a runaway yacht to an intentional car accident, Desi caused absolute chaos. Poor poor Luca literally had no idea what hit him. Although Desi’s antics were for the most part funny, I did, at times think to myself “This is too far, what the hell is this girl doing?”

Additionally, I didn’t always love Luca – once he and Desi finally connected I found him to be sweet and lovable, but for the first fifty percent of the book he was just a typical tortured artist with a delinquent past. I honestly wish he had been developed a bit more as a character.

My absolute favorite part of the book was Desi’s relationship with her father, Appa. He was such an incredible character and it was really nice to see such a strong parent/child relationship in a YA book. I think I could read an entire 400 page novel featuring only Appa – he was that great.

My Takeaway: I Believe in a Thing Called Love was packed full of ups and downs. My stomach dropped on multiple occasions and I even found myself tearing up a few times. I haven’t read Maurene Goo’s other YA book but I fully intend to!

I’m feeling better today and am so relieved! I hate how wiped out migraines make me feel. Resting yesterday was the right calm for sure. Thanks for all of the well wishes - y’all are amazing. ⠀
Happy Monday Bookworms! I’ve been struggling with a migraine on and off all weekend and it hit hard last night so I might be MIA while I get some rest. ⠀
Happy Sunday, Bookworms! I spent yesterday alternating between the Sims and reading, and I’m excited to do the same today! Lazy weekends are the best weekends. ⠀
QOTD - What are your plans for the weekend? I’ll be playing the Sims because I’m obsessed with the new expansion pack⠀
Happy Friday! There is a new Sims expansion pack in which I could have a LLAMA! I’ll be downloading it after work tonight. If I had gotten it yesterday when it released…I probably would’ve forgotten I had work today. ⠀⠀⠀
QOTD - Would you recommend your current read? What is it? ⠀