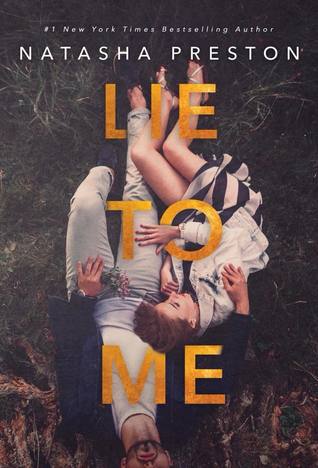 At nineteen, Savannah Dean escaped her family, leaving behind a note and the people who caused her so much pain.

Now, she lives on her own and keeps to herself.

At nineteen, Kent Lawson’s girlfriend betrayed him, leaving him behind with a broken heart and a whole lot of mistrust in women.
Now, he lives on his own and shares himself with nearly every pretty thing that walks by but only for one night.

When Savannah and Kent meet, they can’t stand each other.

Kent knows she’s hiding something, and he despises liars.

And Savannah has nothing but secrets.

Ah, the love to hate trope. It can either go very very right, or very very wrong. Its a really fine balance because you want it to believable. If the characters hate each other too much, their romance feels false and forced, if they don’t hate each other enough, things get a little insta-lovey. The key is to find that sweet spot. Unfortunately, Lie to Me didn’t find the sweet spot for me.

Lie to Me started out so promising – the main characters were funny and relatable, the sexual tension was off the charts, and I enjoyed the supporting cast. The problem wasn’t that they hated each other too much, or that they didn’t hate each other enough. The problem was that they went from hating each other to dating. Not even hate sex, just straight up hate one second, dating the next. It was too soon and not believable.

Additionally, the break up drama at the end of the book was too much. There was too much going on and honestly, the reason they broke up didn’t make much sense to me. Their disagreement was fight worthy, but not break up worthy.

Now I know I normally start a review with the good stuff, but I wanted to get the things I disliked out of the way. I did love the chemistry between the two characters before they started dating. Their arguments were entertaining and were a great example of verbal foreplay. The sex scenes were off the charts hot – hot enough to make me wish I had a boyfriend to jump and do dirty things to.

My Takeaway: I would read something by this author again, mostly because I feel like the MC’s friends would make great romantic leads. However, I wish that the hate to love trope had been executed better.