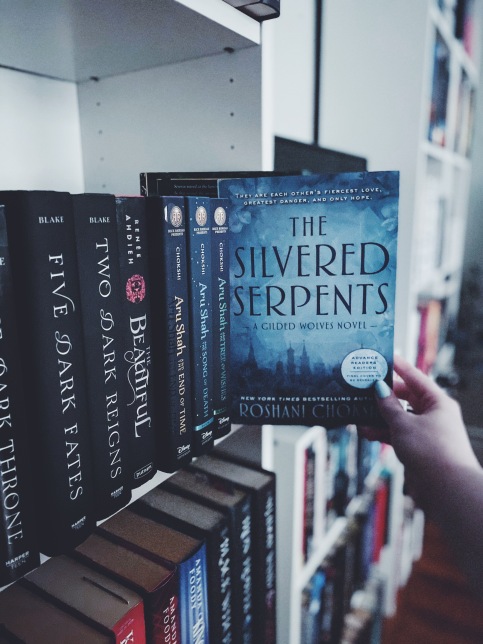 They are each other’s fiercest love, greatest danger, and only hope.

Séverin and his team members might have successfully thwarted the Fallen House, but victory came at a terrible cost ― one that still haunts all of them. Desperate to make amends, Séverin pursues a dangerous lead to find a long lost artifact rumoured to grant its possessor the power of God.

Their hunt lures them far from Paris, and into icy heart of Russia where crystalline ice animals stalk forgotten mansions, broken goddesses carry deadly secrets, and a string of unsolved murders makes the crew question whether an ancient myth is a myth after all.

As hidden secrets come to the light and the ghosts of the past catch up to them, the crew will discover new dimensions of themselves. But what they find out may lead them down paths they never imagined.

A tale of love and betrayal as the crew risks their lives for one last job.

Hello As The Book Ends readers! You may be wondering why there was a change of regime for this review. Allow us to explain. We are Chiara and Maria, two sisters from Italy with a passion for books. Reading them, writing them—you name it. We both run Bookstagram accounts (_ckarys and _mkarys on Instagram for those of you who are curious), and we’re currently in the copyedits phase of our first to-be-published New Adult fantasy book, Ilahara (which we write with the author name of C.M. Karys).

A few months ago, we read The Gilded Wolves by Roshani Chokshi and fell head over heels in love, which is why when our good pal Erin asked us to guest review an earc of the sequel, The Silvered Serpents, our answer was a very calm “yes”. *insert sounds of lie detectors going haywire*

Our opinions sometimes differ, but not with The Silvered Serpents, so this is going to be an easy review to write.

The story picks up shortly after the events of The Gilded Wolves, with all the pain, heartbreak and angst that entails. Tristan is dead, Laila is dying, Enrique and Hypnos are in a relationship that may or may not be destined for doom, Zofia struggles with some complicated feelings. Through it all, a grieving Séverin is being an absolute prick (somehow making Chiara love him even more.)

It was interesting to step into a world that was extremely familiar and yet so much darker. Conflict ruled the narrative, both within the individual characters and in the relationships. Love, friendship, loyalty—everything was strained to a breaking point. The character development was incredibly done, and every member of the L’Eden group comes of out this book with new secrets, new revelations, new layers, making them incredibly real, relatable and just overall loveable.

A weaker book would have suffered our busy schedule and editing exhaustion, but Roshani Chokshi’s incredibly lush writing carried us through and kept us on the edge of our seats through every discovery, twist and turn. We will be honest, we thought the story was headed in a certain direction, but come the end of the book, everything we believed was turned against us and delivered one hell of a shocking finale. If you thought The Gilded Wolves was heartbreaking…this is worse. So much worse.

Naturally, this sequel could get no less than 5 glorious stars from both of us. We’re anxiously waiting for the book’s release in September to devour it again and we’re already counting down the days until the third book. Or at least an arc because the pain is real.